So I was chosen to do a Breakstones House Party from HouseParty.com. So on our Saturday Night Magic Night I had my "house party". Normally we order pizza I ended up making some goodies with the freebies I was given from Breakstones and the guys brought a few munchies as well. 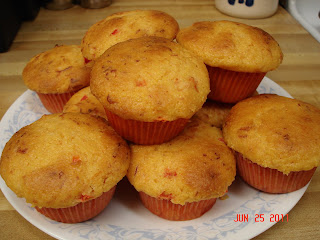 These were way better than I thought they would turn out... Super moist and just a little kick that creeps up on you! 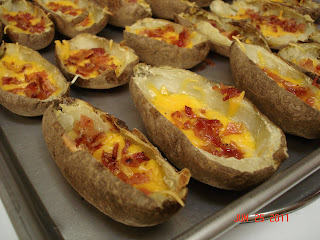 Ingredients:
Directions:
HEAT oven to 375°F. Bake potatoes for 45 minutes to 1 hour. Let potatoes cool for 10 minutes then cut lengthwise in half; scoop out centers, leaving 1/4-inch-thick shells. Reserve centers for another use. PLACE shells, cut-sides up, on baking sheet; brush insides of shells lightly with oil. Sprinkle with cheese. BAKE 20 min. or until golden brown. Top with remaining ingredients.

I let the guys put the Jalapeño sour cream on their own, since not everyone like super spicy food. Let me tell you these were gone before I knew it! I think baking them twice was the key, they turned out with just the right crunch.. I also mixed the cheddar cheese with a little bit of Mexican 4 cheese.

Last but not least! 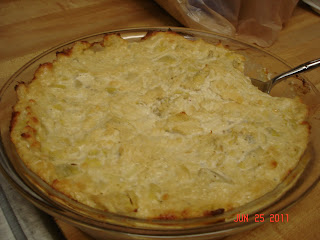 Ingredients:
Directions:
HEAT oven to 350°F. MIX all ingredients until well blended. SPOON into 9-inch pie plate. BAKE 20 to 25 min. or until dip is heated through and top is lightly browned.


The Artichoke dip was Soooooooo Goooooood! It was also really easy to make and would be great if you are bringing something to a party. The hardest part about making this was finding the Garlic & Herb Sour Cream, since my local Giant Eagle was out... but found it at another one when we went out with the guys to Mr. Nice Guy Games in Oakmont.

I also had Breakstones new Ranch and Buffalo Dips... So we had a bunch of munchies and was nice to have something different for a change! Plus everything was super yummy!
Posted by Tree at 7:41 PM